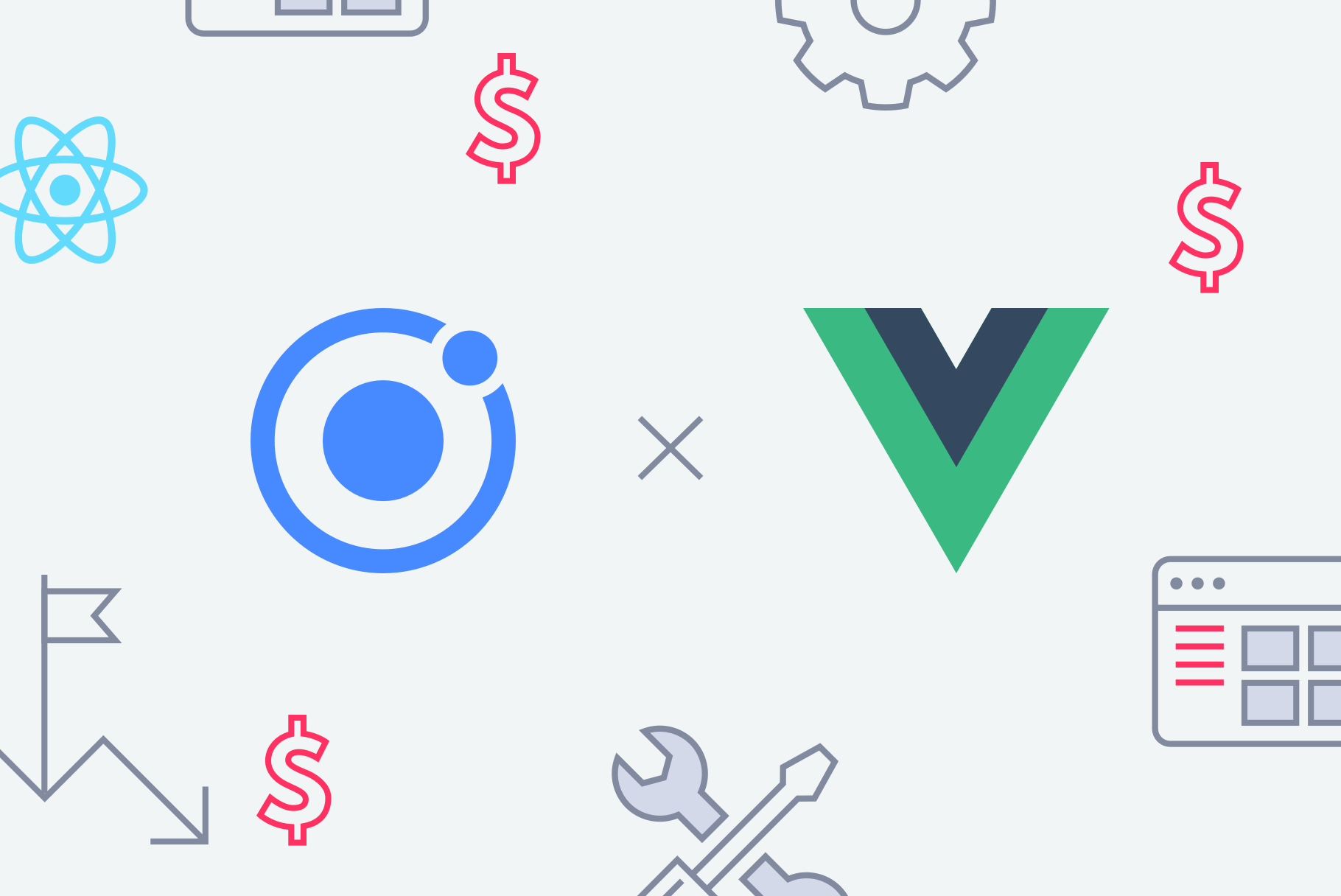 In this article, we want to share an idea of reducing the costs for support and development of the outdated app. As we all know, regular updates of mobile applications is a vital part of their lifecycle, which allows keeping market positions, implementing additional features, and of course, improving financial performance. So, when you find it's a high time to update your service, here's a possible way to make it better.

As soon as we care not only about the technical side of solutions but also of business value, one of our valuable knowhows is the replacement of separate mobile applications and websites with Ionic Vue.js powered solutions. It is designed to resolve the old problem: how to spend fewer on management while operating a website and an app. From now on, let's take a closer look.

Why not React Native?

Actually, React Native is awesome, thus it's an obvious question. There is nothing wrong with this framework, even more, it allows achieving great performance on mobile devices. But there is a problem with support and management - additional work is required! When you have both an application and a website within your project, you, in fact, pay for the management of two separate projects. Sometimes, it's affordable. Sometimes, not.

React Native provides quite an advanced approach to building business logic, which allows sharing it between Android and iOS, as well as widely utilizing devices' components via plugins. And all these benefits come with a really good performance of the developed applications. The only pitfalls are the necessity to work on the separate layout for each platform, and some problems reported by developers.

Please note! Now we aren't talking about complex applications widely utilizing devices' components, eg. camera or Bluetooth, such as photo editors or augmented reality games, which are built with native development tools. This article is only about apps displaying some content used for promotional purposes or so.

So, let's describe why we want you to use an unusual solution. First of all, it's about money. As we've told before, UKAD cares not only about the technical side but finances too.

In this case, we utilize a slightly different approach than with React Native. As soon as we already have a mobile-friendly website (I hope we do), it would be better to reuse a bunch of code than make it from scratch once again.

Now, let's describe why Ionic and Vue.js are used. First of all, this tech stack allows building real cross-platform applications with only one base code. Ionic allows building and deploying apps performing both on Android, iOS, even desktop, otherwise at the web as a Progressive Web App if required. For this kind of projects, we use only HTML, CSS, and JavaScript, so it shouldn't be too complex for developers. It is even more profitable for the websites built upon CMS, from which we can simply export HTML without any adoptions.

NB! Such an approach is useful not only with Vue but also with Angular, as well. It depends on the available developers and the initial conditions, and easy to implement on various projects.

At first glance, there are benefits only!

By sharing most of the code, we get an incredible speed of development keeping all the design parts. It means rapid prototyping and changing, as well as less time-to-market. Thus, it's also a good way to try and understand if you really need an application for your business. If the application has proven useful, it's good, you have a good base to make it better. Otherwise, turn it into PWA, or just consider it a cost for market research. While only one person can develop both the website and application, such a project shouldn't cost too much.

But there are not only benefits. At first, this approach is suitable for lightweight applications without any advanced features. As soon as a gross part of business apps simply returns some content from the server, it's not a big deal. But keep in mind that Ionic has some issues with performance and native components, so don't expect 120 FPS and perfect work with a camera, as well as restricted placement to App Store. Alas, only native development allows creating your own PokemonGo.

On start, we have an outdated React Native application to be updated or even replaced. Regarding issues to solve, there are three ways. First, keep it based on React Native and just update, add more features or so. It is not very cost-effective and does not necessarily mean any dramatic updates, but do you really need them? Or utilize modern gadgets' features with native applications once you are ready to pay for development and support of separate apps for each platform.

And the last one, drop some technical features to win in finance. It also could be an opportunity! If you are not willing to pay for excessive features and just want to have another channel of communication with your audience, this is your way. Interested? Feel free to write to us for extra details!