Release management with JIRA and Confluence Release management with JIRA and Confluence

The principles of release management are not new and are widely known, mostly due to the ITSM/ITIL framework.

According to Wikipedia, release management is the process of managing, planning, scheduling and controlling a software build through different stages and environments; including testing and deploying software releases.

Among some development teams, there is a misconception that the software release is an only about “to deliver the code (the new functionality) to a production server”. In case of such an approach, the release management flow stops right after the code delivery. And a big disadvantage here is about no one is ready to answer the important questions, like

Agile environment, dozens of new tasks and daily product support activities are taking the situation far and far more out of control.

And here JIRA and Confluence tools are ready to handle the mess with the essential answers.

JIRA is a project tracking software. It is enough customizable to be set up for any software development flow. You can:

It has its own language (JIRA Query language - JQL) that is applied for searches and filtering.

Confluence is a Wiki-style software for creating, organizing and discussing the work. It consists of workspaces and pages. Pages can be easily created and modified via an intuitive and functional editor. It also supports the dynamic data for pages taking them directly from JIRA.

In this article, I want to consider the connection of Jira and Confluence and how it helped us in managing the releases.

Our team checked several tracking tools and chose JIRA as the most suitable to meet current project needs.

JIRA Cloud by Atlassian contains releases functionality out from the box. Later, we began to use Confluence as a knowledge base for versions storing. As both products belong to the Atlassian family they can be easily integrated with each other.

How to do Release Reporting with Confluence

Once you have added all items to your release, there are two ways of generating reports: in Jira directly and in Confluence. You can run a release report in Jira at any time to see the progress of your release. This report will show you how many total issues are in the release broken down by the number in a completed status, in progress or yet to do. One nice advantage is the progress bar that shows this all visually.

One thing to note about this report is that it will report epics (if they are labelled as being in a particular version, which one would likely do) as items as well as all of the issues under that epic, which can be misleading in the issue count.

Confluence helps us to collect and organize all the work and information for each release and to communicate what it's all about to the rest of the business.

Building an awesome release planning page that will help you do the following:

You can set your release up for success from the start with a single source of truth for everyone working on it. Follow these steps to create an awesome release planning page.

1. Create a version of the release in JIRA

The initial step to start release planning is to create a version in JIRA:

Our team uses names in the format “x.x.x.x”, where the last number is reserved for various kinds of “hotfixes”. Sure, it can be customized to add any text data.

2. Assigning the tasks to versions

We use Kanban board with various statuses columns to move the ticket throughout its lifecycle. 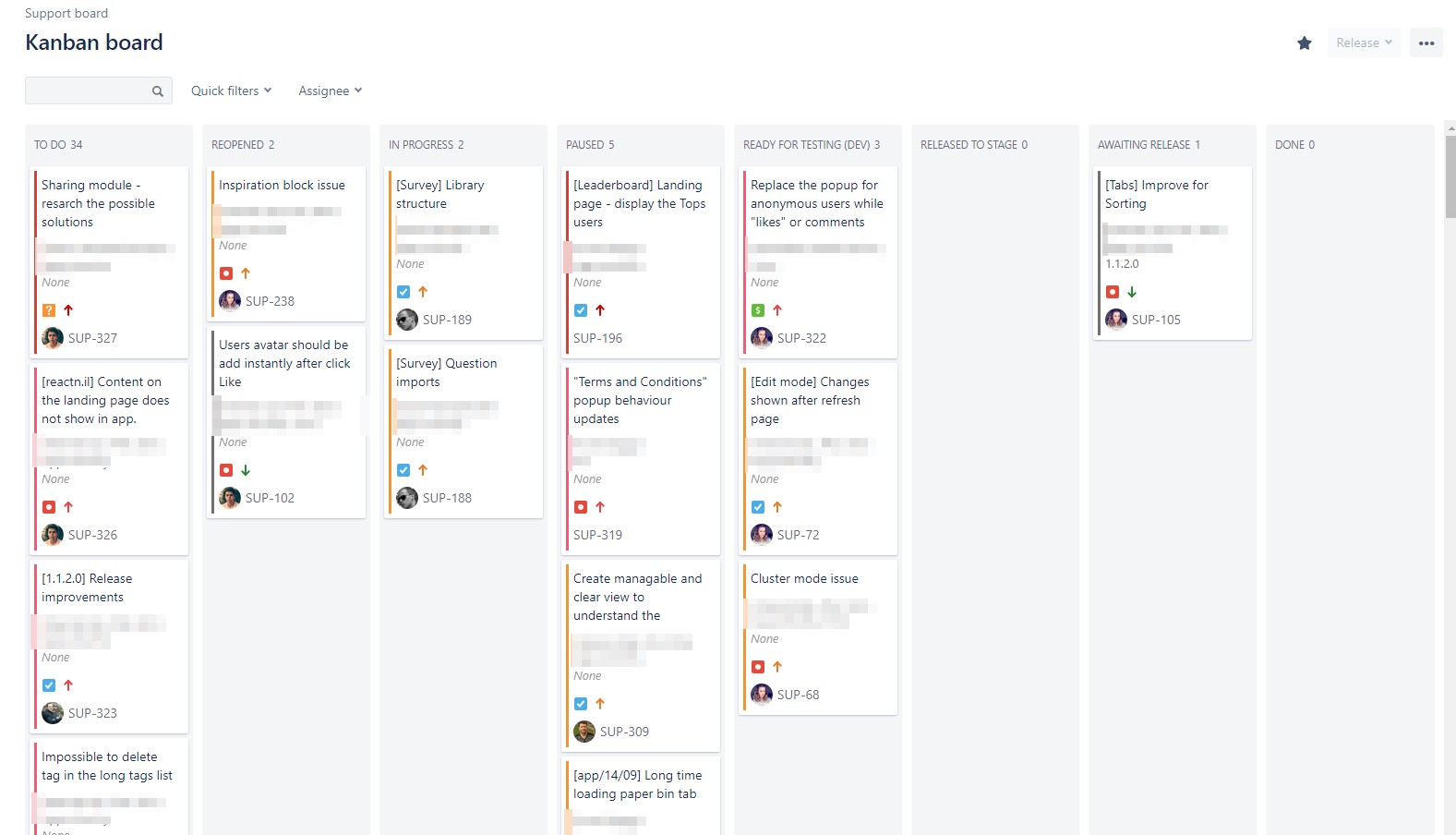 The version should be assigned to the ticket while changing the status into “Awaiting release” on Kanban board.

It means that the feature was well-tested, merged to “release” branch and is waiting to be released (deployed to the needed environment).

The version can be assigned to a ticket if it must be included to the certain release.

The release may contain the tasks with different statuses (e.g. “In progress”, “Reopened” or even “Closed”). Clicking the “Releases” in JIRA displays the report:

JIRA will not allow you to release the version until the team complete al the tasks or remove the task from the current release.

After merging to “feature” branches, a “release” branch should contain all the required features to be delivered under the current release. All the tasks on the Kanban board should be in “Awaiting release” status.

The final step for developers here is to deliver the “release” branch to “production” (Live site).

Finally, QA checks every feature on Live site and move the task to “Done” status on Kanban board.

To release the version in JIRA you simply click on “Release” button and set up the release date. The next step is to prepare the release page in Confluence and notify a client about the release.

* Release deviation is the difference between the latest and delivered to the particular instance release.

Here is the “Releases” Homepage: After the version was released in JIRA, we create a page for the release in Confluence: 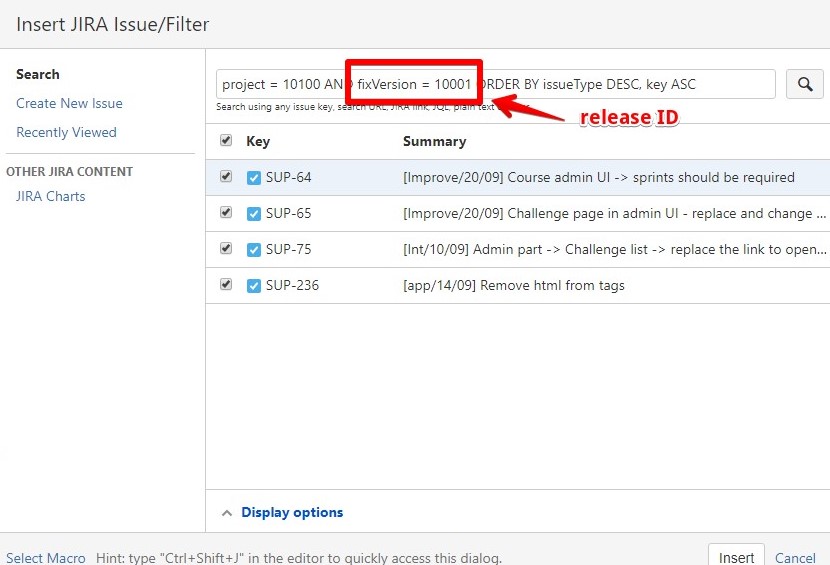 The version page in Confluence is ready.

Confluence automatically gets all the tasks from JIRA related to the particular release.

The displayed columns (JIRA issue fields) on the release page can be easily customized easily and added to the page template. 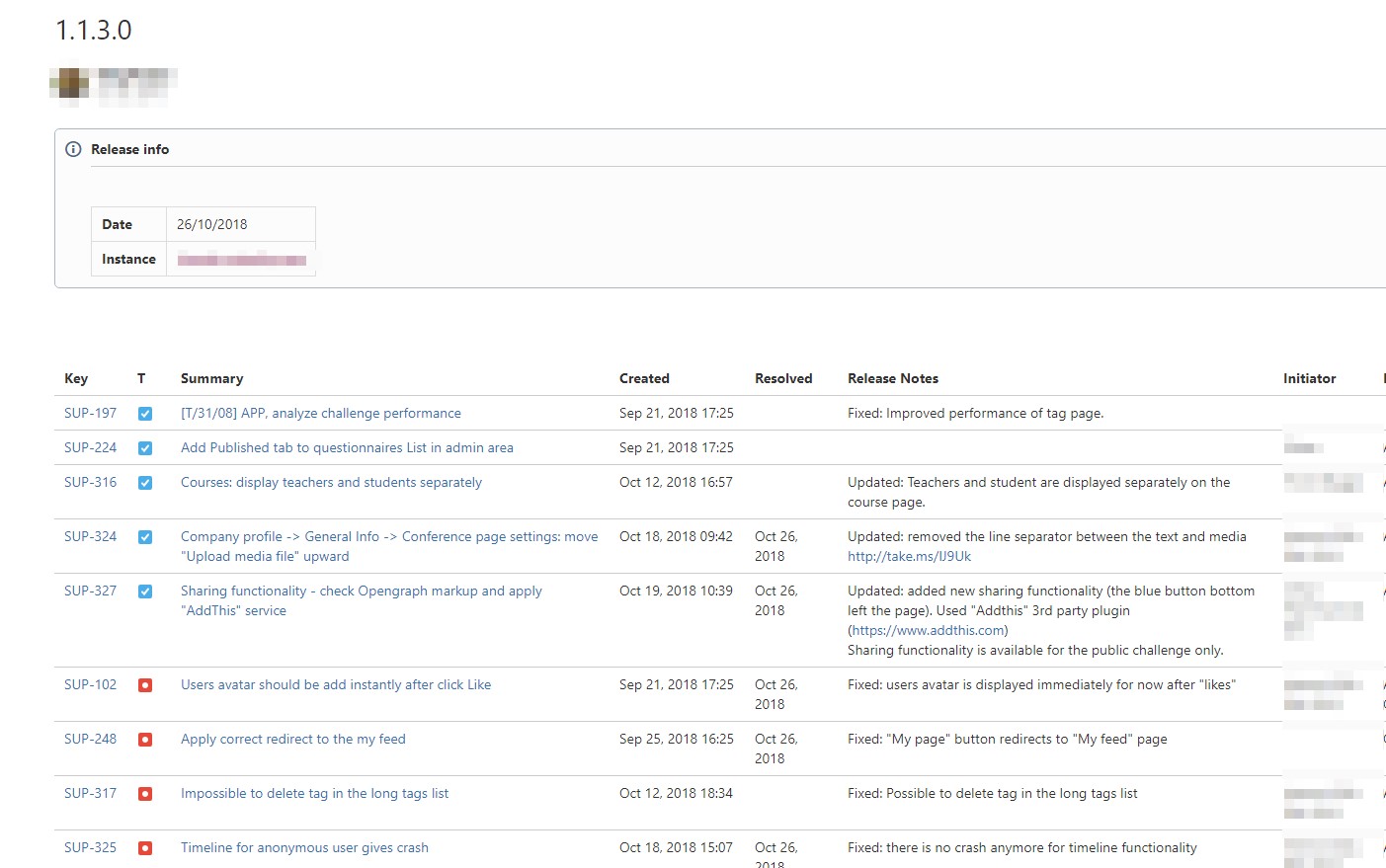 And finally, we check release notes for the tasks. This one is very time-consuming but it pays off. We use this custom field “release notes” in JIRA ticket for “human readable” comments. We use simple words, easy to understand for the client (neither ticket title, nor summary or comments) what was done under the current task.

To add the release notes open JIRA ticket from Confluence and update the description.

When you are ready to report the release, share the page and notify the client. 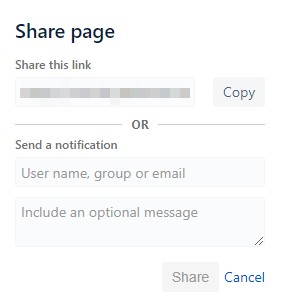 The basic flow with JIRA and Confluence applications: 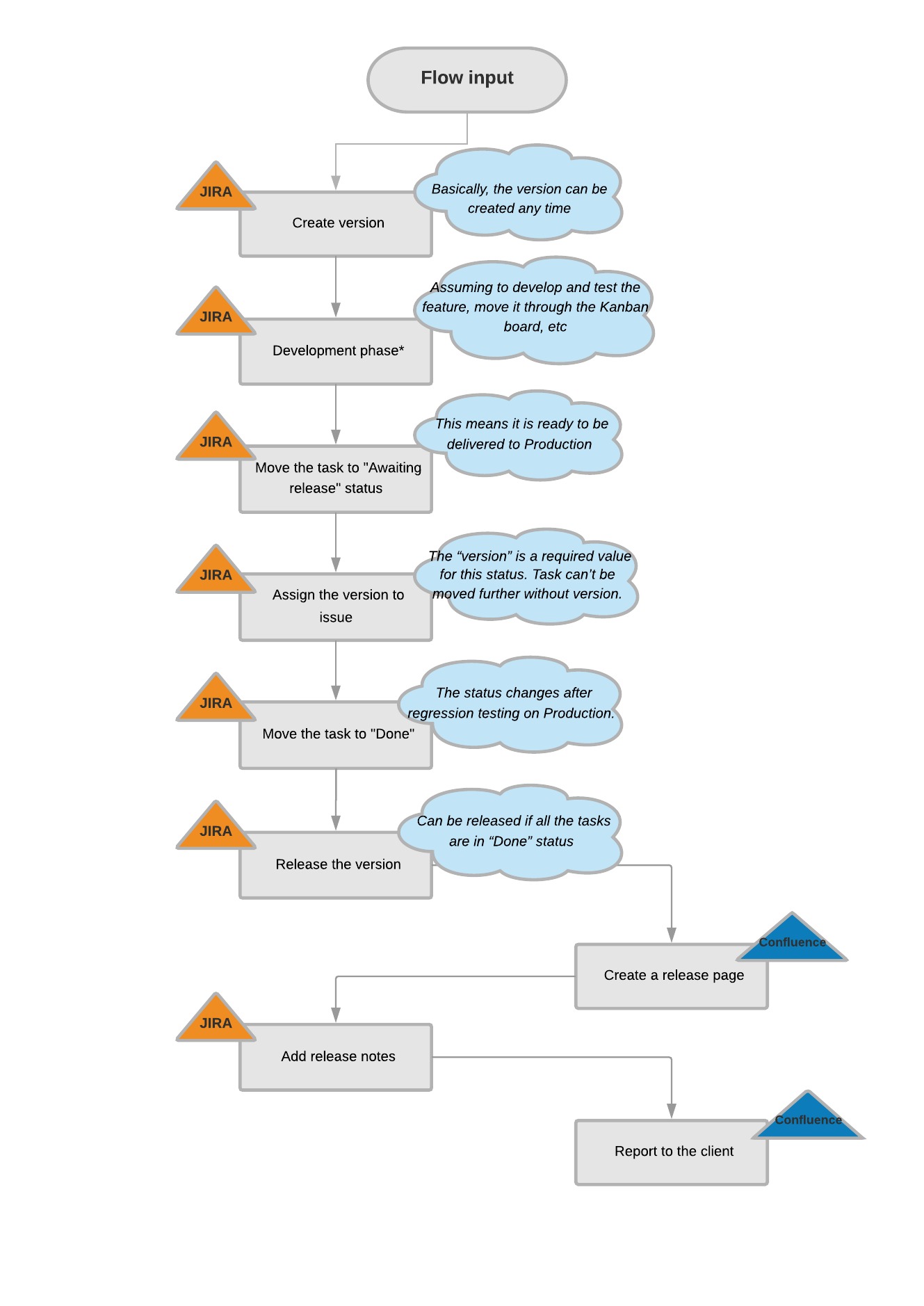 After a couple of weeks, our team get used to the upgrade in the releases management process.

This model makes the workflow transparent for all the project stakeholders.

Perfection is unachievable, but our team does the best to improve the workflow every day to provide top-tier .NET outsourcing services.

And we are glad to see the currents results: happy customers and satisfied developers.